What Our Customers Are Saying

THE DEALERSHIP for me from now on!!

After having a horrific experience 2 weeks ago at Independence RV in Florida, we ran across this Dealership in Myrtle Beach, SC. After a few conversations with Scott Burleson in sales, in exactly one week, we purchased and picked up our brand new Dutch Star! What a completely opposite experience from 2 weeks prior!!!! Sales and Service was perfectly executed and the deal was flawless. The staff at - Vince from Jonesborough, TN

Thor Industries, Inc. was founded on August 29, 1980, when Wade F. B. Thompson and Peter B. Orthwein acquired Airstream, the most recognized name in the industry. Since then, Thor has received many honors for its growth and management success.    In January, 2000, Forbes included Thor in its Platinum 400 list, and in April 2004, Thor was added to the Standard & Poor's Mid-Cap 400.  Also in 2004, Forbes declared Thor to be one of the "Best Managed Companies in America, "  In 2005, Fortune called Thor one of "America's Most Admired Companies," and Industry Week ranked Thor as one of the fifty best U.S. manufacturers.    Since their beginning in 1980, Thor has acquired several top named brands in the country.  This includes names like; General Coach, a Canadian travel trailer and fifth wheel company, ElDorado Bus, a small and mid-sized bus company, Dutchmen Manufacturing, one of the leading brands of travel trailers and fifth wheels, Four Winds International, manufacturer of Class A and C motorhomes, Komfort, Champion Bus, Keystone RV, Damon, CrossRoads, Goshen Coach, Heartland RV, and most recently acquired the assets of the innovative RV maker Livin' Lite.   Thor has become one of the most admired and respected companies, not only in the RV and bus industries, but in American business as well.

Carolina RV is not responsible for any misprints, typos, or errors found in our website pages. Any price listed excludes sales tax, registration tags, and delivery fees. Manufacturer pictures, specifications, and features may be used in place of actual units on our lot. Please contact us @843-213-1554 for availability as our inventory changes rapidly. All calculated payments are an estimate only and do not constitute a commitment that financing or a specific interest rate or term is available. 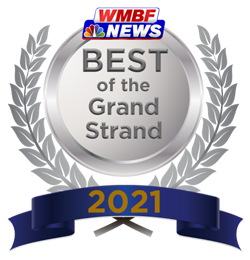